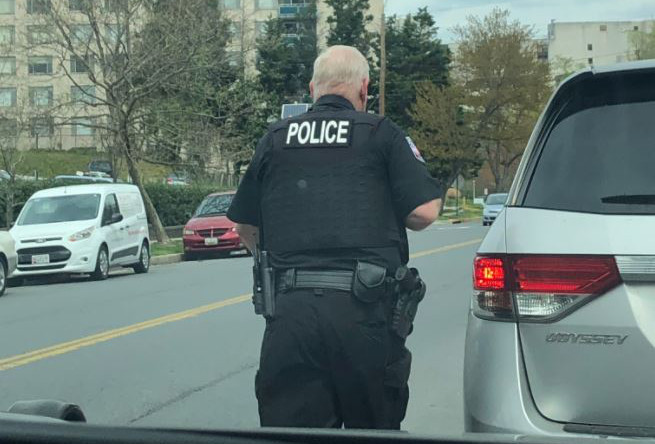 TL;DR (summary): We support the proposed elimination of six Police Department Administrative Services and Operations positions and oppose creation of six new Criminal Investigations positions. Instead, we call for the creation of a new Mental Health & Social Service Response unit, within the city’s Housing and Community Development Department, with licensed mental-health professional staff. And we reiterate our calls for retirement of the city’s K-9 policing unit and for reassignment of the Neighborhood Services Division, which handles housing and environment code enforcement and parking enforcement, to HCD.

Mayor Stewart and Council Members, thank you for the opportunity to comment on Takoma Park’s proposed FY22 budget.

This testimony is on behalf of Takoma Park Mobilization and Silver Spring Justice Coalition. Our groups are in turn members of the Montgomery County Defund Policing & Invest in Communities Coalition of over 25 county organizations. Our concern is proposed FY22 public-safety staffing.

Let’s look at the Takoma Park Police Department’s handling of two FY21 incidents. On April 7, 2021, off-duty Pentagon Force Protection Agency officer David Hall Dixon murdered James Lionel Johnson and Dominique Williams at the Takoma Overlook condominium. That was just three weeks ago. And a year ago, on May 6, 2020, Dixon confronted a homeless woman, Sierra Ford, in the building lobby. Dixon pointed a gun at Ford and pepper-sprayed her. The Takoma Park Police Department did not arrest and charge Dixon at the time. Investigators failed to ask for and review lobby surveillance video, so they failed to uncover the first-degree and second-degree assaults and weapons violation they later charged. They reportedly asked Ms Ford whether she wanted to press charges and she declined so they simply left.

The Takoma Park Police Department knew Ms Ford was homeless, and on May 6, 2020, they knew she had been pepper-sprayed by a police officer, albeit an off-duty one. Surely they were aware of the huge power imbalance in that interaction, even if they weren’t aware Dixon had threatened Ms Ford with a gun. Further, the TPPD knew Ms Ford. Takoma Park officers arrested and charged her on at least three prior occasions, on August 14, 2015; December 23, 2018; and May 21, 2019, and Maryland court records list twelve total police encounters.

Every person deserves to be treated with dignity and care. Ms Ford, in particular, is an example of a vulnerable community member who did not receive the attention she deserved, the type of assistance that might have helped her. If licensed mental-health professional responders had led the May 6, 2020 intervention with Ms Ford, it’s a good bet that the confrontation with Dixon that day would have been fully investigated. Dixon’s brandishing a gun would have been discovered, resulting in Dixon’s arrest in May 2020. If Takoma Park had licensed mental-health professional responders, the April 7, 2021 murders of James Lionel Johnson and Dominique Williams would not have happened.

We support eliminating the Administrative Services and Operations positions. Regarding Operations, I wrote last year (https://onetakoma.com/2020/04/12/takoma-parks-city-budget-what-would-you-give-up/) —

We talk about data-driven government. What do the numbers say? Here’s an example: Takoma Park crime numbers have trended down over 10 years, from 739 crimes in 2008 to 483 last year, in 2019, matching national trends… That’s 1 1/3 crimes per day on average and one violent crime every three days. This trend hasn’t been affected by understaffing. For instance, we were understaffed much of last year. The police chief reported back in October 2019, “We are currently at 36 out of 43 sworn.” So can we safely cut police numbers? It’s worth discussing.

Noting particularly the need illustrated locally by the mishandling of interactions with Sierra Ford, a need that is well established nationally, we call for the creation of a new Mental Health & Social Service Response unit, within the city’s Housing and Community Development Department, with multilingual licensed mental-health professional staff.  (That term encompasses social workers, licensed clinical professional counselors, and licensed marriage and family therapists.)

Finally, we reiterate our calls for retirement of the city’s K-9 policing unit and for reassignment of the Neighborhood Services Division, which handles housing and environment code enforcement and parking enforcement, to HCD. The city should also move its crossing guards to HCD, perhaps within Neighborhood Services. I won’t elaborate on these two points. Instead, in my written testimony, I will point you to Takoma Park Mobilization advocacy posted last year:

Thank you for this opportunity to testify.