TP Mob’s Equal Justice committee asks you to join in a call to end K9 policing in Takoma Park. Just click here to go to the #TPDogGone campaign. It will take you two minutes!

Why? K9 units have been historically used to oppress and intimidate rather than to protect. Learn more from Takoma Park resident and Georgetown law professor Christy Lopez’s Washington Post Opinion essay, “Don’t overlook one of the most brutal and unnecessary parts of policing: Police dogs.” Christy reports:

“Police dogs routinely use force that unquestionably would be unlawful if used directly by a police officer… Police canines also inevitably make mistakes, attacking innocent bystanders… Nor can we ignore any longer that police canines cause disproportionate and profound harm to Black and Latinx people.”

Locally, Takoma Park’s experience has been marked by horrific incidents. In 1993, a police dog assisting Takoma Park police attacked a Takoma Park woman while she slept in her bedroom and crushed several bones in her face, disfiguring her, and recently, in December 2018, a Takoma Park dog viciously attacked a woman at the CVS on Carroll St NW.

Takoma Park doesn’t need police dogs to ensure public safety, and we reject what they represent. Times are changing and public-safety best practices are evolving. Please sign on to tell Takoma Park City Manager Suzanne Ludlow and Police Chief Antonio DeVaul that it’s time for Takoma Park to make police dogs a thing of the past.

P.S. Anyone who lives, works, or has children in school or regularly visits here is welcome to join this campaign. Please do share to neighbors including lists. 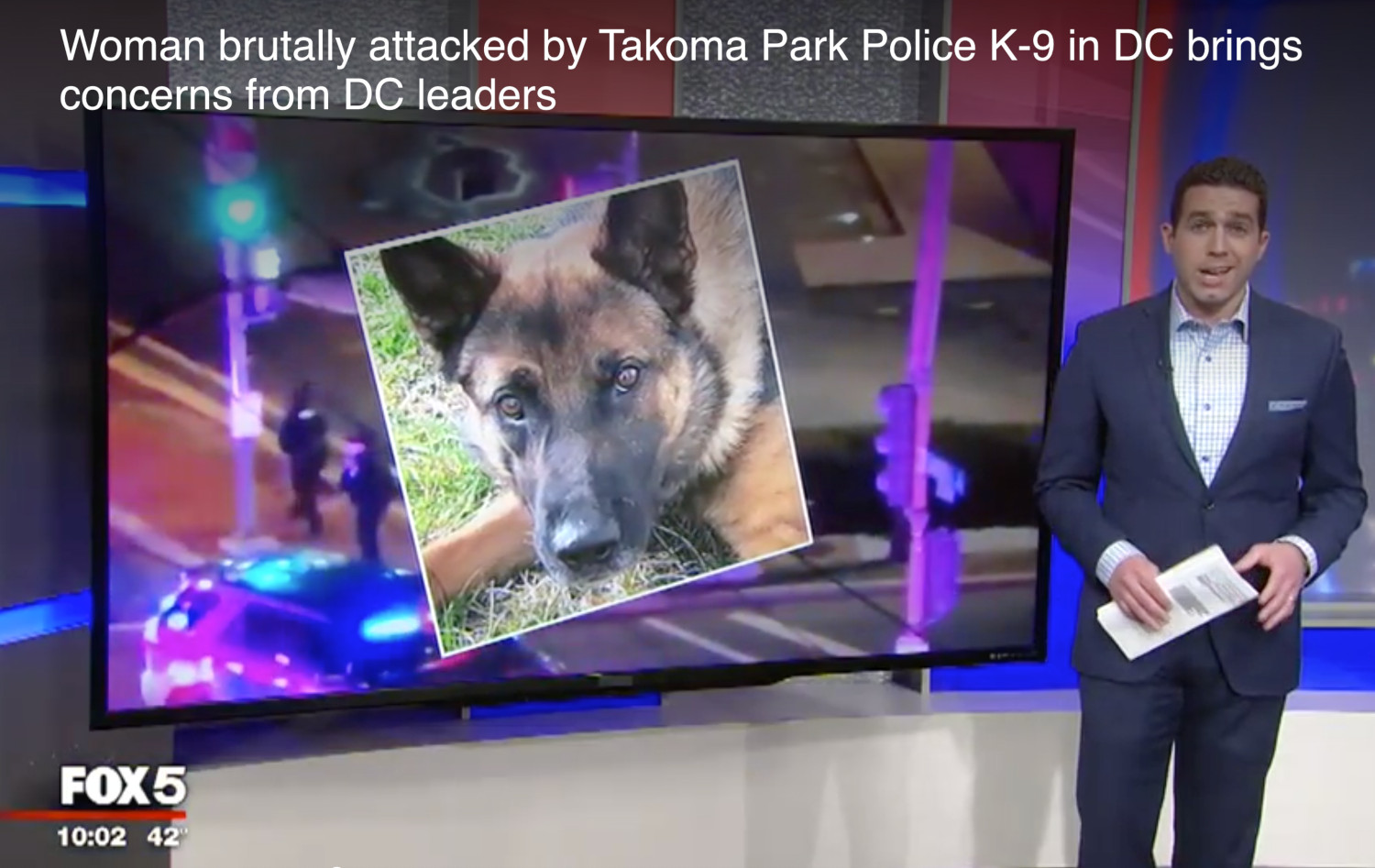