Hogan has about 24 times more money than Jealous, but if voter turnout is high enough, Jealous will win. Here’s what you can do to make that happen:

The differences between Ben Jealous and Larry Hogan are dramatic. Hogan has tried to portray himself as a moderate, but his record reveals his assaults on clean air and clean water, his refusal to support DREAMERS and refugees, his financial conflicts of interest, and more. Ben Jealous, in contrast, has taken strong public stands in favor of criminal justice reform, the Maryland Trust Act, the $15 minimum wage, Medicare for All, raising teacher pay, universal pre-k, and environmental justice.

It’s go time, folks. When people ask where you were in the 2018 election, what will you say? 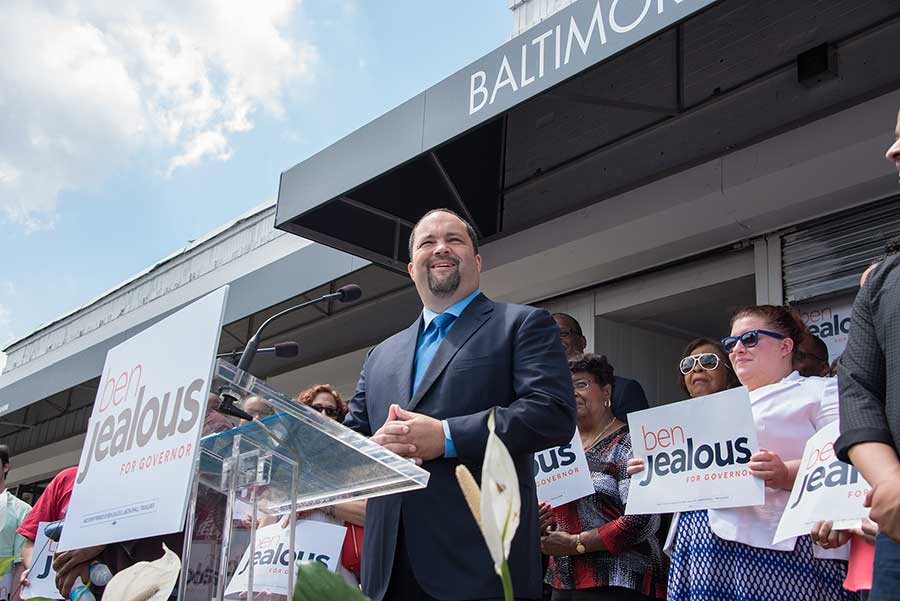 ← Die-In to Save Our Children’s Lives, June 12
→ Marc Elrich for Montgomery County executive